CALLING ALL LOVERS OF THE ARTS, PERFORMANCE, VIEWS AND FOOOOOD. Getcho booty to the Hollywood Bowl ASAP. 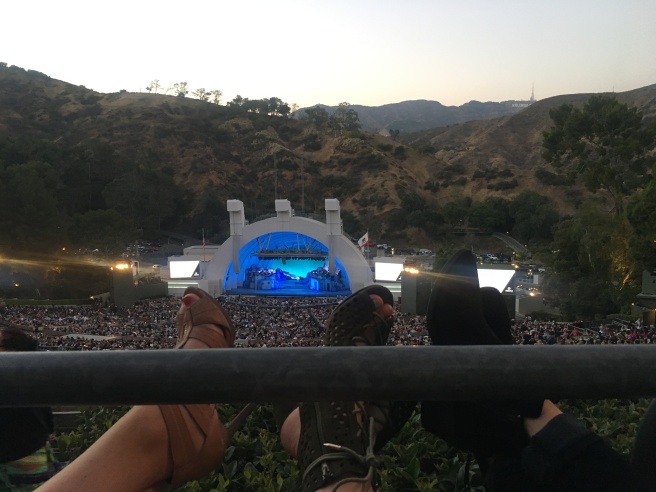 A few months ago, Kelly, Kristyn and I were sitting at a coffee shop (Romancing the Bean for those of you who are coffee shop hunters) trying to get our lives together when Kelly randomly signed up for updates from the Hollywood Bowl. To be honest, I wasn’t even entirely sure what that was. I knew there were concerts and stuff there but that’s about it. Part of the perk of signing up was a discount on tickets. Impulsively, Kelly bought 3 tickets (only $18 each) to Mama Mia. I’ve seen a lot of shows (small secret I’m a huge musical buff), but I had yet to see Mama Mia.

When we bought the tickets, it felt like July would never come. The show seemed sooo far in the distance but, like I keep saying, It felt like it was time for the show only a week later. We all took off work for the evening and planned to get there hourrrrrs before the show to picnic our lives away. How fun?! On our way over we hit up Trader Joe’s for cheap(ish) wine, and plenty of snacks.

Once we got there, we headed to the very top of the hill (our seats were front row…..of the very back section of the entire Bowl). They have cute little picnic areas set up for you to chill out at before the show. We’ve all been staying busy with different things and completely opposite schedules so it felt so good to catch up with Kelly and Kristyn about life over a bottle (or two) of wine and a ridiculous game of Cards Against Humanity. Also very lowkey announcement that the vegan oatmeal chocolate chip cookies from Trader Joe’s are actually burning hot lava fire flames. And yes, I said vegan. To be extremely LA, I challenged myself to two weeks of it to see if I could do it. Still going strong for your information.

I do this weird thing at musicals where I cry….and that was already happening by the end of the national anthem. Nice! The rest of the waterworks held off until the end of the second act (thank God). The song that always gets me in Mama Mia is ‘Slipping Through my Fingers’. So good.

The talent on the stage was overwhelming and I couldn’t help but wish I was up there. Definitely on my list of goals. It was so unbelievably cool to see so many people from all different backgrounds singing along to ABBA and enjoying themselves just as much as we were. There is such a large community of support for the arts out here and I truly can’t express how thankful I am for that. With this in mind and the Hollywood sign in the background of the stage, I could help but get a little teary eyed (again). 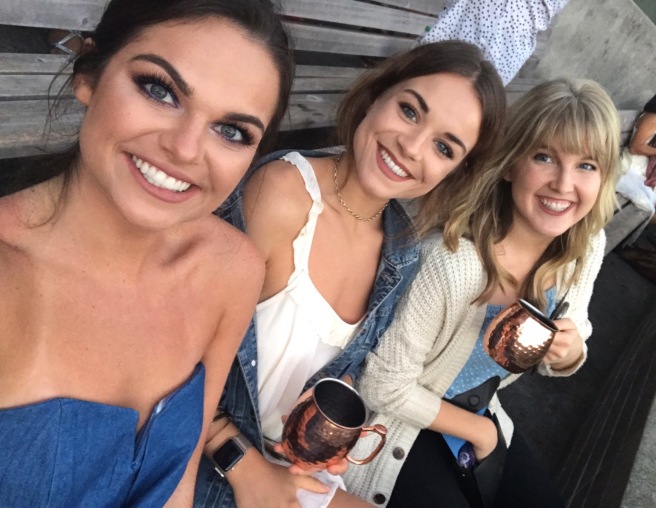 Dang. How did I get so lucky?

One thought on “Holly at the Hollywood Bowl”